No Place For Fear

A song, movie and lifestyle for the world today.

In a changing world where the internet is the new playground, the BSA  (Scouts) knew an injection of fresh, media-driven content was needed.

Jason Steinbach, the founder of Virbion Media, had several boys involved in the Cub Scouts at the time and was a leader of a den himself.  He approached the Scout organization in charge of most of MN and western WI with an idea that could revolutionize the organization and increase sign-ups and retention worldwide.  Jason produced a teaser trailer of the working script to help the board of directors see the vision a bit clearer.

The idea was inspired by Jason’s Webelo den that he led at the time.  A movie making merit badge was available for the fifth graders.  With access to a professional studio at Virbion, Jason knew this could be the injection that his den could use, as well as the organization.  The real challenge would be to do it on a shoestring budget.

In today’s digital world, songs and merchandise can be produced and distributed relatively cheaply.  Producing a full-blown movie worthy of the big screen on a shoestring budget was another story altogether.  As with any good drama, there were bound to be sticks, stones, and flipped over vehicles thrown into the path of this project.  A few of the numerous factors that challenged the completion of the project include:

Today we are in post-production.  All scenes have been recorded.  Song and soundtrack are in production.  Merchandise campaigns are underway.

Stay tuned to the facebook page for future updates.

SEE THE WEBSITE
START YOUR PROJECT WITH A FREE CONSULTATION 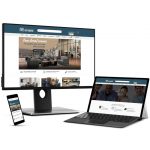