Home improvement family comedy is back.

With their growing success on TV and Online, Jerry and Josh Battis decided to make a bold move into Reality TV.   They approached Jason Steinbach of Virbion Media to produce and direct the show.  Jason had previously produced their company’s promotional video which netted thousands of views within the first week of publishing.

After numerous concept and development meetings, the show entered production for a teaser episode which is now available on Youtube, Facebook, Vimeo, and on their website.

Virbion produces and manages all aspects of the show.  We are excited to be working with Jerry and Josh as they introduce the world to more fun, family friendly shows that are worth watching.

SEE IT ON THEIR WEBSITE
START YOUR PROJECT NOW

All your video production needs.

A video that fits.

Are you reaching your target audience with the right message?  We create videos and media that are tailored to your brand and marketing needs.  Our passion is in making highly effective media that is relational and relevant to your audience.  From research and consultation through video publishing and SEO optimization.

Elevate your brand with a great logo animation.  It can serve as an intro to all your videos and create greater brand awareness.  Keep your audience on your website and product pages with a video ad that connects with them at an emotional level.

When it comes to video production you have two choices.  Search endlessly for the right professionals for each aspect of the production or use an all-inclusive production company.  Keeping all production under one roof can streamline your project and keep costs down.  Our all-inclusive services result in efficient, highly effective videos.  Contact us today to request a free consultation. 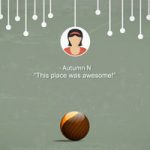